The modern-day mechanized way of agriculture, essentially is a ‘degenerative method of
agriculture’, and has not only decreased the natural fertility of the soil but has also
exponentially negatively impacted the sustainability quotient of the farmland, depleting the groundwater table and natural aquifers capacity. This is accelerating the impending water scarcity threat and worsening our food security.

The recent incessant rainfall that caused massive flooding in the entire state, affected the livelihood of people the most. Agriculture was hard hit and the Kharif crop is lost for many farmers in the state.

This year, the flooding of farmlands and the aftermath of the situation has led us to record a unique observation. Farmers who adopted the Saguna Rice Technique of zero – till, conservation agricultural method of cultivation, not only witnessed minimum crop damage but also acknowledged the sustainability quotient of the cultivation method. SRT farmers opined that despite massive flooding, the land remained intact with the crop and was not washed away, as it happened with traditional farmers. In many cases, the incessant rainfall led to waterlogging of the farmland denying the farmers the opportunity to plant rice saplings.

Farmlands that employed the SRT cultivation method are not only content with their efforts but are also proving the fact that the SRT technique is both a mitigating tool for global warming as well as an adaptation method that follows a sustainable agricultural methodology. It is thus, the holistic capacity-building tool for today’s’ farmer.                Few comparative pictures – stories proving our point are shown below: 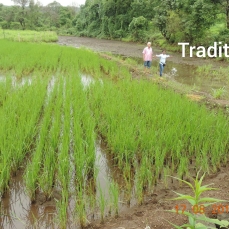 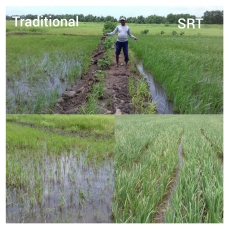 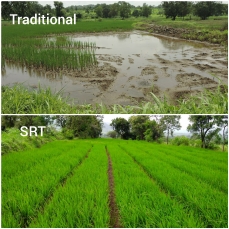 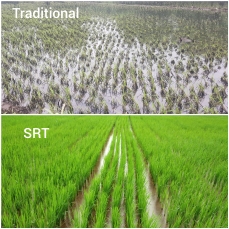 A STITCH IN TIME SAVES NINE!

SRT Sevaks do a personal assessment of the situation that has risen and customized
solutions for the same are provided to boost the confidence and motivate first-time SRT
farmers. This last mile connectivity and provision of expertise not only improve the
relationship between the organization and the farmer but also makes the situation better, reassuring the farmer, ultimately making him a happy and confident, ready for the future. 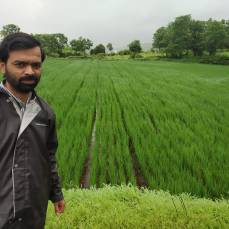 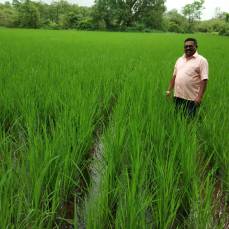 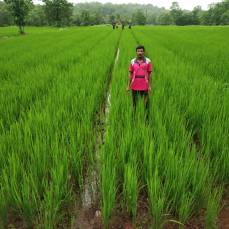 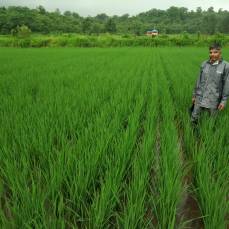 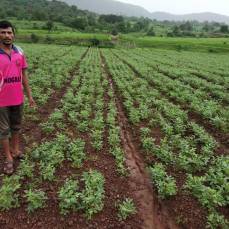 We define SRT as “a Conservation Agriculture (CA), Zero Till method of farming which is
climate-smart and essentially a regenerative agricultural practice”. In SRT, the atrocity of
tillage on land is not caused, soil erosion is completely restricted, natural production of
earthworms is witnessed, an increase of at least 0.5% organic carbon per year per hectare in the soil is ensured, considerable increase in the fertility and productivity of the land is ensured, and most importantly, adds amazing happiness and confidence in the farmer, making him ready for the future.

This monsoon, the incessant rainfall resulting in massive flooding resulted in thousands of hectares of farmland being washed out. The losses, in economic terms, are uncountable, while the emotional scarring is dreadfully deep.

As mentioned earlier, SRT is a ‘regenerative agricultural method of cultivation’. This
essentially implies that the coping capacity of the farmer to mitigate the disastrous impacts and build back better are exponentially increased. The waterlogging conditions created by heavy flooding (in some cases the waterlogging was more than 6 feet deep in farmlands) were improved within a couple of days and aerobic conditions were regenerated, and soil health is improved exponentially. The aforementioned conclusion was arrived upon by citing earthworm presence and white feeding roots just a couple of days after the disastrous effects subsided.

Observations recorded during field visits to different areas and farmlands have proved that indeed SRT is a regenerative method of cultivation.

Saguna Vansanvardhan Tantra is nothing but a simple and effective technique to stop
forest fires and to reproduce green perennial vegetation. The works of Team SRF (Saguna Rural Foundation), for the implementation of the Saguna Vansanvardhan Tantra, are being implemented on three hills presently. Plantation of different trees along the demarcated areas for live fencing and live counter is being implemented with roaring success. The numbers speak for themselves. The plants planted have been monitored closely.

The 3 hills that have been taken under consideration need appropriate plantation along the contours of the slopes and their nurturing and growth have to be closely monitored.
Appropriate training and personal assistance are being provided at all required levels.

The SVT process initiated last year has been remarkably successful. Increased biodiversity, increased infiltration of water, soil regeneration, and most importantly, self-sufficiency leading to resilience to forest fires is vividly observed and recorded.
Following pictures and video links prove that SVT is the most efficient answer for the
rejuvenation of forests and effective water conservation.

Link for the latest observations about enhanced water infiltration and aquifer recharging capacities and a noted increase in biodiversity.